By Megan Becka, special to cleveland.com 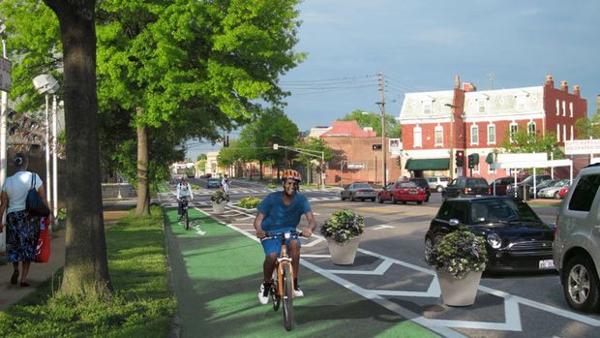 AKRON, Ohio - The city of Akron is working with Copenhagenize Design Co. to plan a connected bicycle grid that will make it easier for residents to bicycle around the city.

The grid, which will be funded in part by a $127,000 John S. and James L. Knight Foundation grant, is the next step in the city's plan to build out its bicycling infrastructure. Currently, the city has 25 miles of bike lanes and 16 additional miles are in the planning or construction phases.

"To truly become a more bicycle-friendly community, Akron needs a core network of connected bike lanes that will link our neighborhoods to key destinations and business districts across the city," Akron Mayor Dan Horrigan said in a news release. "Most importantly, to be effective, these bike lanes need to be safe and welcoming for all users, and designed with input from the residents and stakeholders they serve."

According to Horrigan, the Copenhagenize program will establish a road map and design principles that determine how, where and when to install bike lanes over the next few decades. The city has already tested bike lanes at Better Block events, and is planning additional bicycle engagement event this year.

"We are excited to talk to residents across Akron about cycling in their city and build a strategy that helps create long-standing improvements to bike safety, connectivity and citizen mobility" said Michael Wexler, partner and urban designer from Copenhagenize Design Co., in a news release.

The grant will be managed by the City of Akron Office of Integrated Development, along with the Ohio and Erie Canalway Coalition.

Akron to name street for guitar repairman to the rock stars

“Family Matters” star is headed to Kenmore this Friday!